Check back soon
Once posts are published, you’ll see them here.

The coming year is likely to be an important one for the UAV industry.

Legislation is at last likely to catch up with technology, particularly within the crowded skies of the EU. We're likely to see new weight categories and restrictions in terms of height and distance(the 400ft/500m rule will come under review, particularly for hobbyists) and we're also likely to see moves towards an owner's database and some form of rudimentary 'black box' technology being fitted to new purchase systems. What this will mean is anybody's guess at this point although, ownership details and recent flight data are likely to find themselves being recorded.

Privacy is clearly a hugely important legislative area and, at present, it seems to be the payload that worries law enforcement agencies and governments more than the capabilities of the UAV system in question. We all recognise that high performance cameras are a threat to privacy. However, other data collections technologies like Infrared or LIDAR seem less intrusive and hopefully, governments and legislators will recognise this.

Technologically, FLIR and DJI have announced the forthcoming release of their thermal sensors/gimbal packages for the Matrice 100 and Inspire models. It's ironic to think how similar this system will be to the one that we already operate.

The Galileo GNSS system looks finally to be getting off the ground (excuse the pun) and we're likely to see some basic services in the very near future. This is a hugely important step forward for UAV manufacturers and operators. Galileo promises far greater precision(sub 1 metre, if you'll believe the hype) but at a price for commercial subscribers. It'll also provide the kind of 'navigational security' that we've been told is necessary in the event of the loss of other commercial GNSS systems such as GPS or GLONASS.

After spending my summer navigating around the wilds of Kazakhstan and Mongolia, I can attest to how important GNSS have become in our lives. Whilst I don't mind switching to a map and compass where necessary, It's a scary concept for the whole world to go back to.

One of the things that I think we're less likely to see is the mass proliferation of UAVs in the Emergency response sector as legislation, not to mention existing technology, haven't really reached the necessary zenith. Of course, systems like the Schiebel S-100 Camcopter do suggest that in the future, car thieves and other fugitives can expect to be persued by unmanned systems. However, legislators still have a problem regarding safety and the aforementioned privacy laws.

However increasing use of compact UAVs for fire fighting and surveillance are definitely on the cards.

Whatever your plans for 2016, we at Altispire wish you a happy, peaceful and prosperous new year. 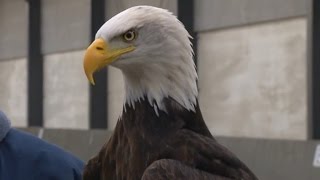